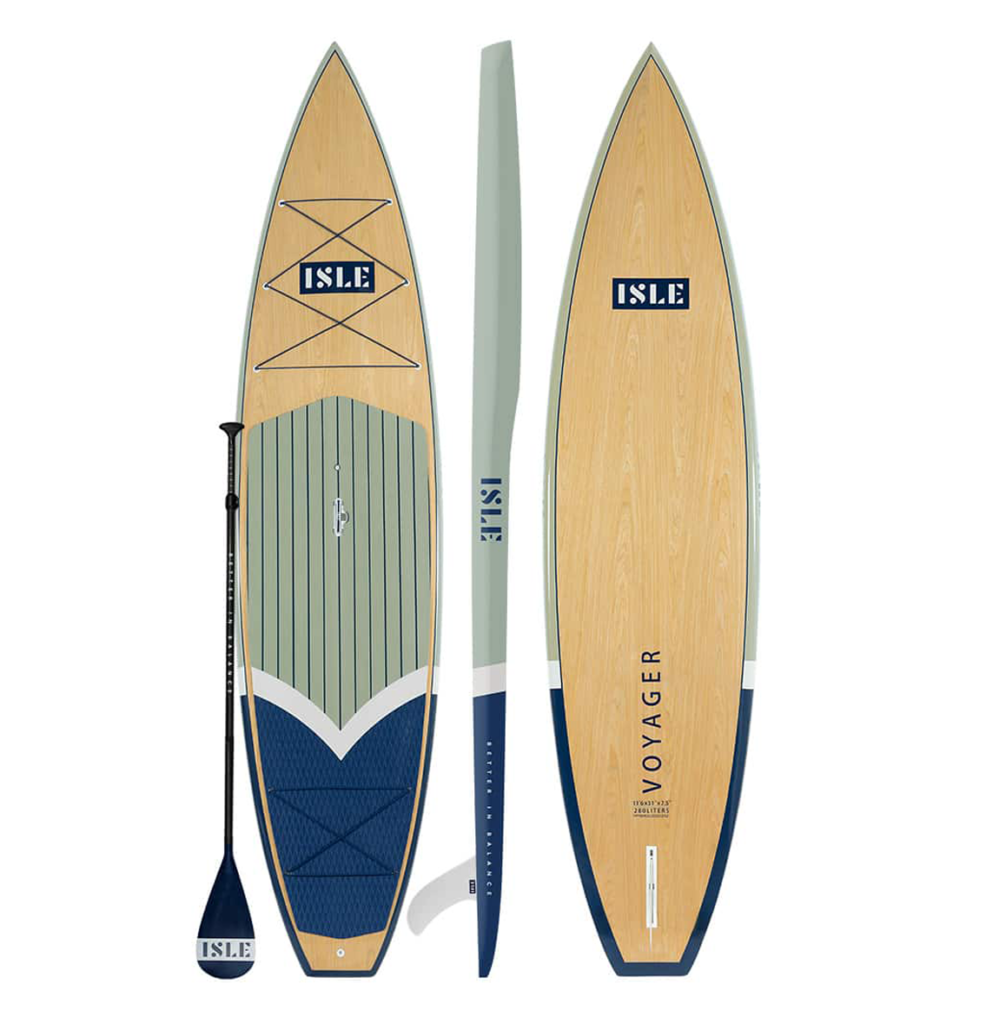 Wood boards are generally beautiful and have excellent performance. However, very few actually own them because, in addition to being quite heavy and less convenient to transport or store than an inflatable, they can often be quite costly. In fact, our board we’re reviewing in the article is almost twice the cost of some of the inflatables in their same lineup.

That being that case, how does the 2020 ISLE Voyager stack up and is it worth its price tag?

With all the emphasis on inflatable paddleboards these days, sometimes it’s nice to get back to basics and take a look at hardboards like ISLE Voyager SUP. In the world of hardboards, one type reigns supreme: wood boards.

This board is designed for forwarding movement in calm water, pure and simple. Everything about its shape and dimensions is designed 100% for this purpose. That being said, turning this SUP can be a challenge due to its size and weight. 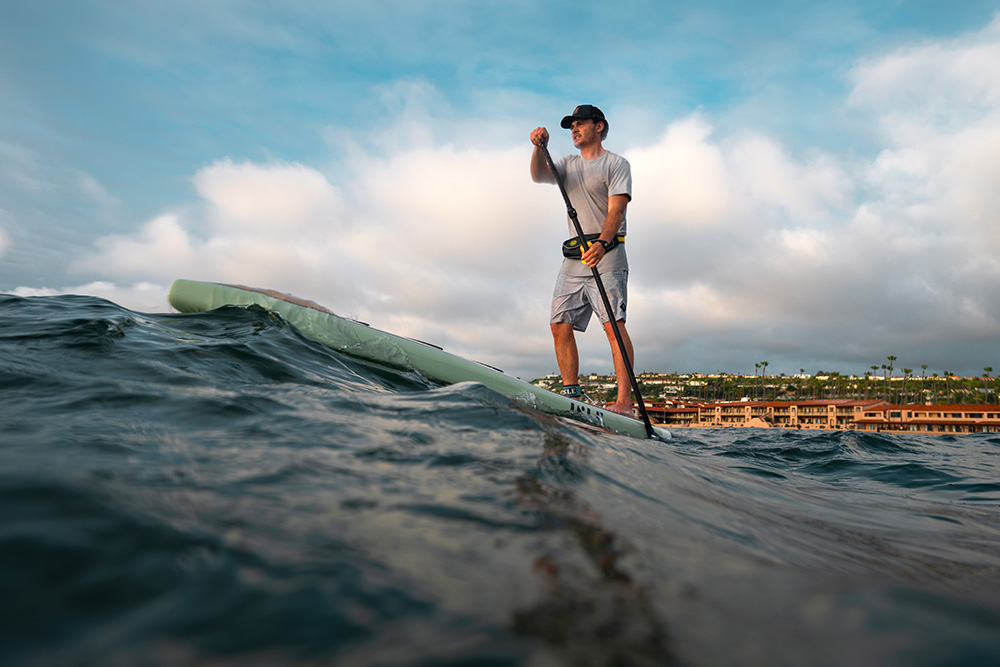 Tracking is excellent and minimal effort is needed to keep on target. Speed can be a bit of an issue, though, again due to its weight but also because the board only has a single fin instead of the faster 3-fin setup. Overall, the ride feels smooth and luxurious, though you wouldn’t call this a performance board by any means,

Like most other ISLE boards, the Voyager has a removable center fin with a universal, US fin-box with no side fins. Although this is a common feature with wood boards in general, it would have been really nice to have those side fins for better speed and maneuverability.

As much as we love the multiple grab handles that ISLE has on their inflatable SUPs, we understand that having those would look tacky on a board like this. One really neat feature that this company adds to the hardboards are LIFT SUP popup handles. This allows you to have a central handle to use to carry the board that pops out when you need it and is then can be put back into the board to give you a flush deck. This is perfect for anyone wanting to do any sort of SUP fitness routines or just have the most amount of usable deck space as possible. 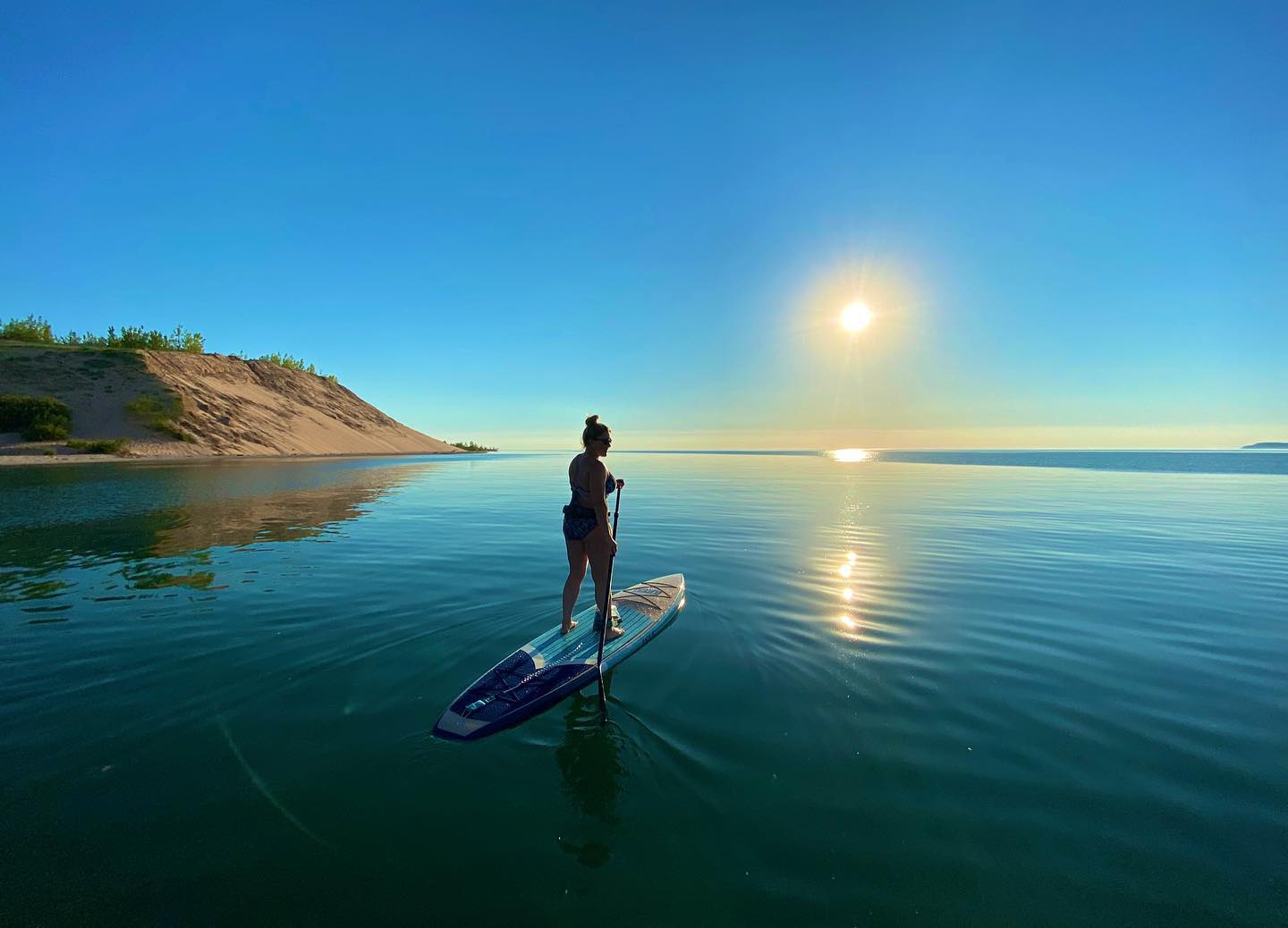 The EVA padded area has 2 sections. First, there’s the main area for kneeling, sitting or standing that has a lightly textured pad for maximum comfort and ability to move around easily. The back section has a heavily textured diamond design for maximum traction should you so need it.

Lastly, the Voyager has a Gortex vent plug right next to the carrying handle. This allows you to release air from inside the board when there might be a rapid temperature change, ensuring the board doesn’t have undue internal stress.

This SUP is a beauty! While you only have 2 color options, it doesn’t matter because the real wood is going to be the real show stopper!

As you would expect with most other wood SUPs, there is just the single fin setup. While 3 and even 5-fin setups exist for wood boards, those are generally seen in the world of surfboards and very rare in the paddleboard world. A single board will give you superior tracking and stability, but at the expense of other performance factors. 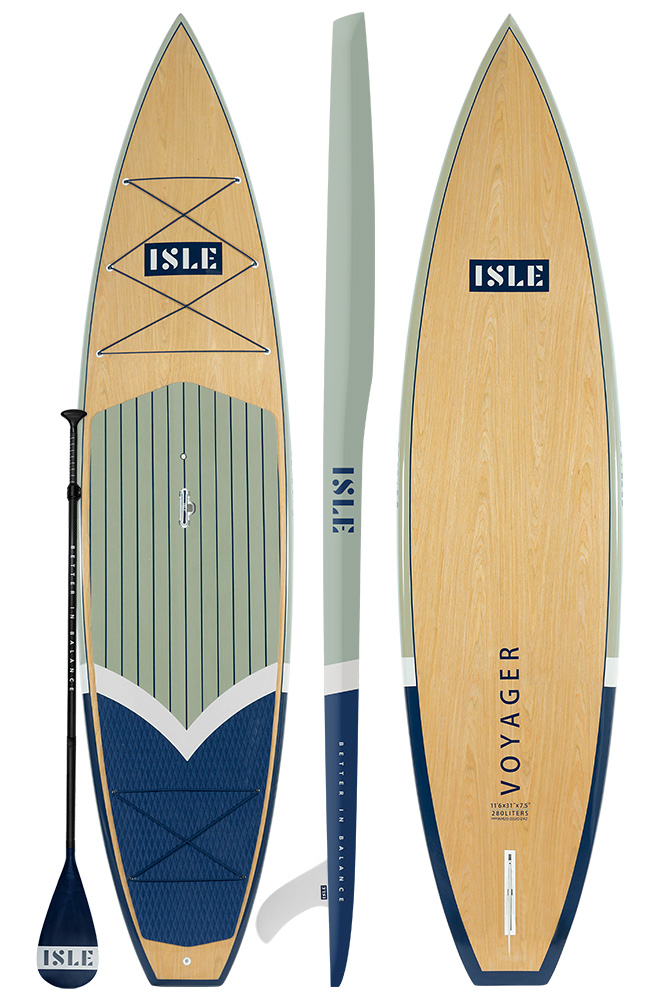 The nose of the board is about as V-shaped as you can possibly get, which is designed to cut through the water with ease. However, in combination with the non-existent rocker up front means stay away from wave and choppy water whenever possible.

Much of our audience may be more accustomed to iSUP versus hardboards like this one. But even those who are familiar with hardboards may have never ridden a wood board. About that…

The truth is that this isn’t a true wood board since it isn’t made 100% out of wood. In reality, the base of these SUP is a fiberglass resin with a real paulownia wood veneer used on a large portion of the exterior, known as Timber Lite Technology by ISLE. This particular wood is used as it is the fastest-growing hardwood in the world, making it tough yet environmentally friendly. 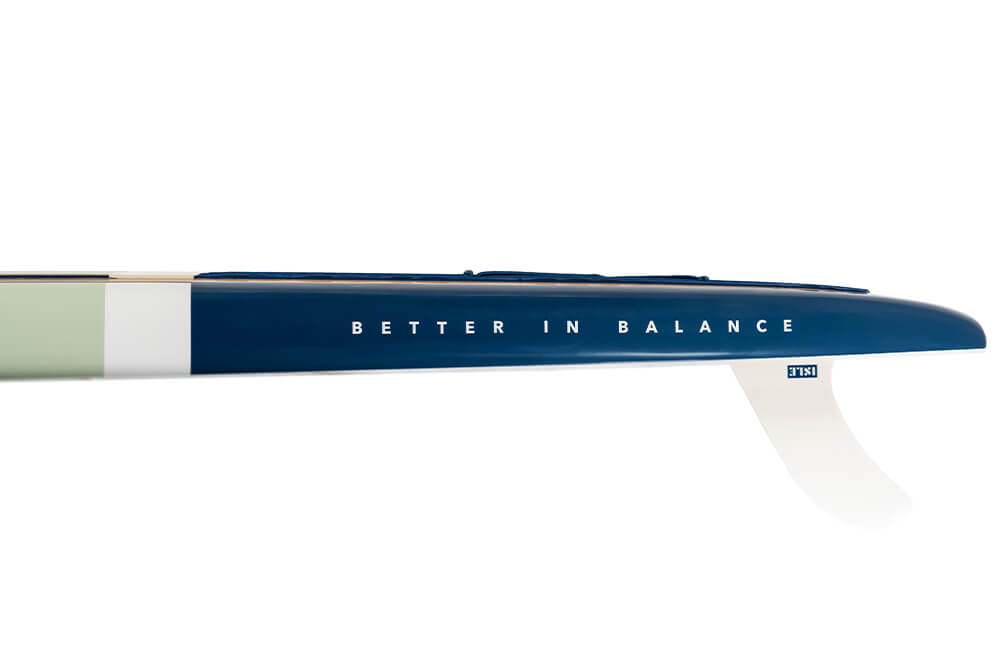 Even though it isn’t a true wood board, a wood paddleboard may not be worth it for most customers. This is due to a variety of factors, such as high cost and complicated maintenance. They look great, but we would only recommend them to a small subset of paddleboarders.

Beyond the pros of cons of owning this board, one thing is for sure: you will get a lot of attention riding on top of it. Few people can say that they have a board on par with the Voyager in the looks department.

That said, it’s not the most functional SUP, nor is it the easiest to use. This SUP wouldn’t be a good match for new paddleboarders or for those who aren’t 100% on their game. If you’re looking for a first SUP (or even a second), there are plenty of better options on the market. As a matter of fact, even the ISLE brand has a number of SUPs we would highly recommend over the Voyager.

Even so, we would personally take this board in a heartbeat for our own personal collection. If you have the skill level and the price isn’t an issue for you, then the 2020 ISLE Voyager might just be up your alley! 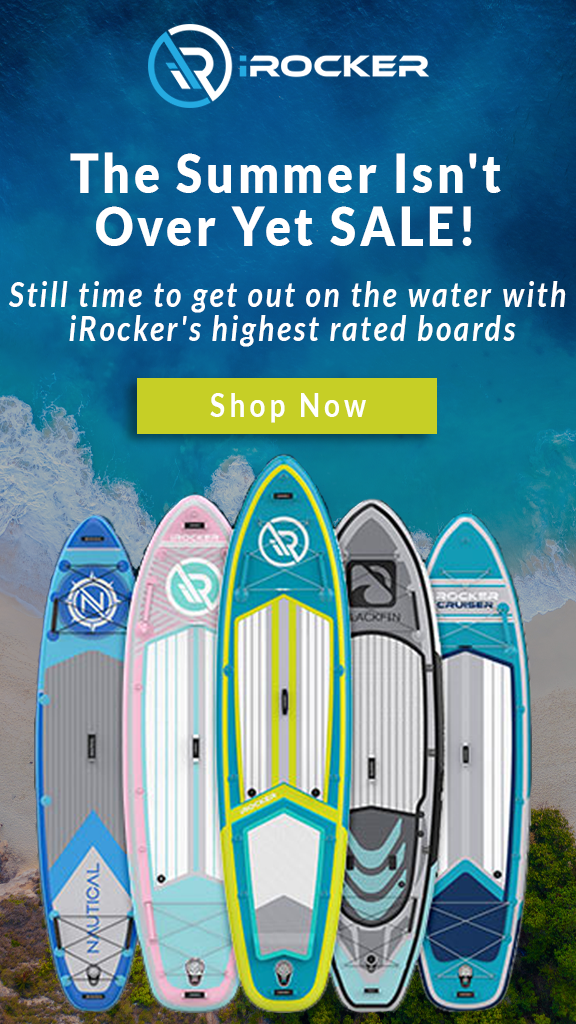 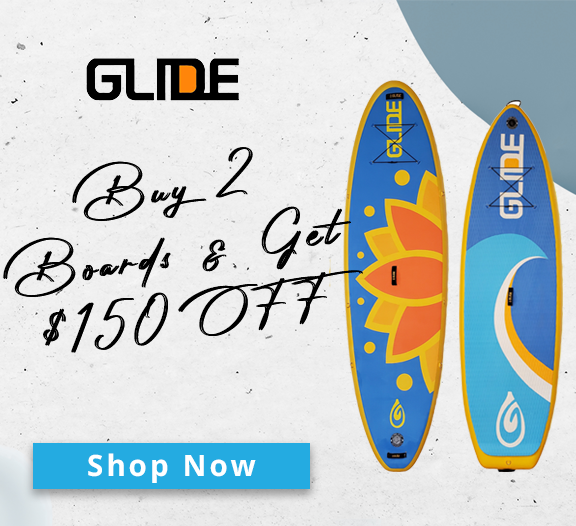