ISLE Vs iROCKER Vs NIXY

24 Apr ISLE Vs iROCKER Vs NIXY

When looking for a new iSUP, an important aspect is making sure that you get your money’s worth. Most of us aren’t looking for the absolute cheapest board but we don’t want to break the bank, either.

Thankfully, there are quite a few brands out there that try to find that that sweet spot. Today, we’re going to get into detail with 3 of them: ISLE, iRocker and Nixy. While these 3 certainly aren’t cheap, they’re mid-ranged iSUP value boards since the manufacturers are known for helping their customers get the most out of their dollar. But compared head to head, which will come out the superior brand?

In this article, we’re not going to be making an overview of the companies themselves. For more information on that, you can visit our separate company overviews [here]. Instead of just going the brands as a whole, we’ll be going over a few of the most comparable boards side by side and then take account at the end. So, which will it be? 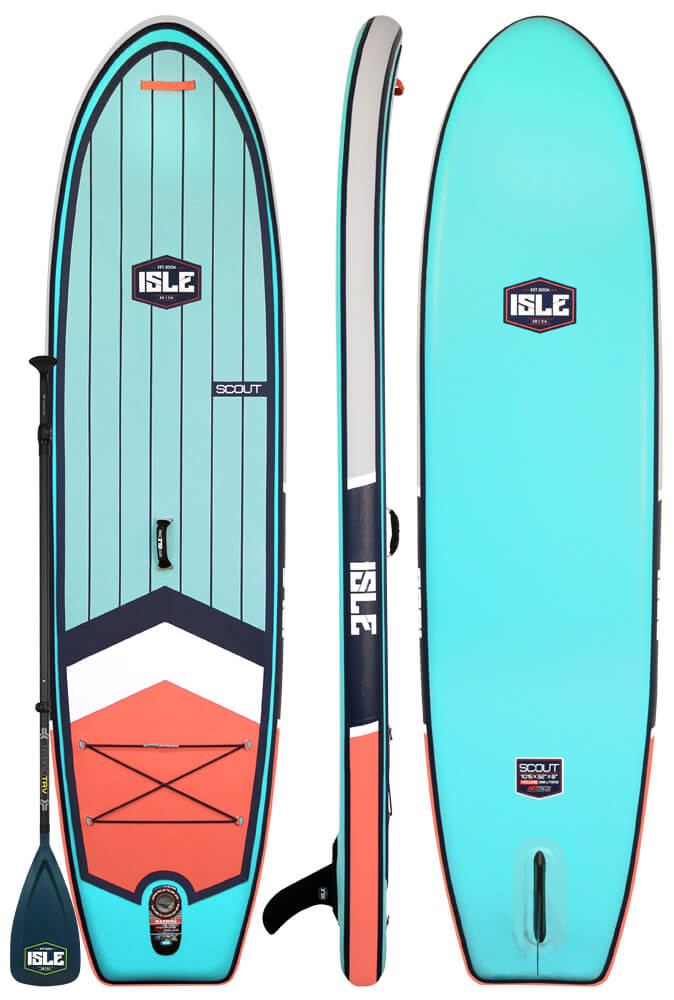 What we like: For its size, it’s a super stable board. Tracking and balancing are excellent and because of this, this is one of the smallest boards that you can use for yoga or other SUP fitness activities.

What we don’t like: This isn’t a fast board by any means and one of the reasons is the single fin setup There is plenty of room to have 3 fins for better speed and maneuverability. Also, there are no choices in color or design. 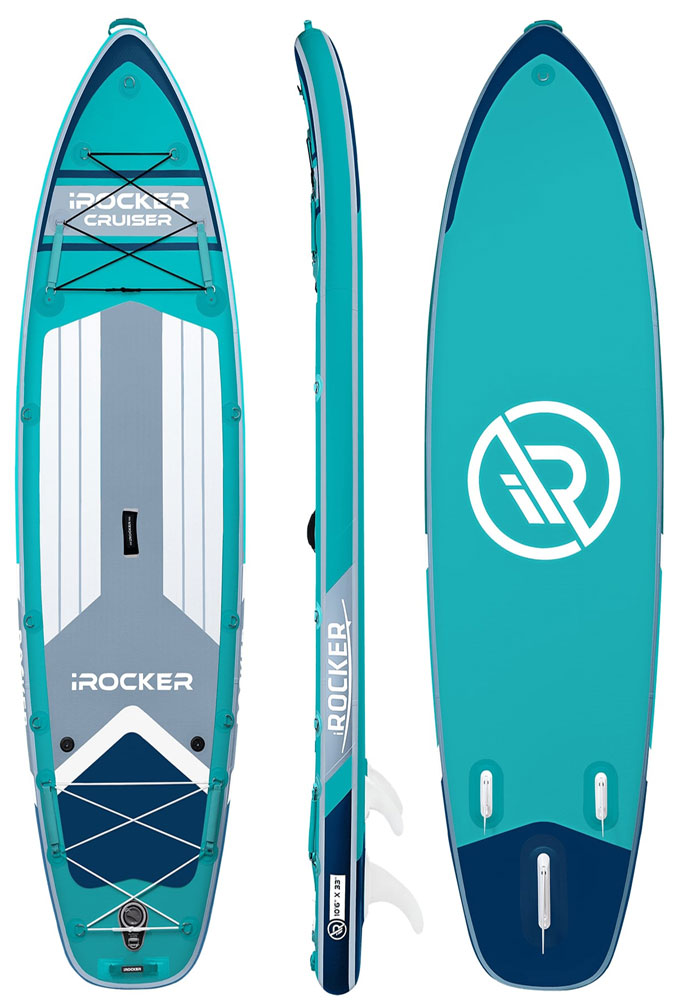 What We Like: Who would have thought that just an inch of difference could have almost doubled the weight capacity? In addition to that, this year’s model comes with 20 D-ring attachment points and a choice of 6 color schemes.
One of our absolute favorite things about this board is that they include 3 removable fins. This makes storage and setup a whole lot easier.

What We Don’t Like: If we’re going to compare head to head, remember that that all of these boards are marketed toward the yoga crowd in particular. The Cruiser has a lot of storage space (which we love), but that takes away from usable deck space for the pad. 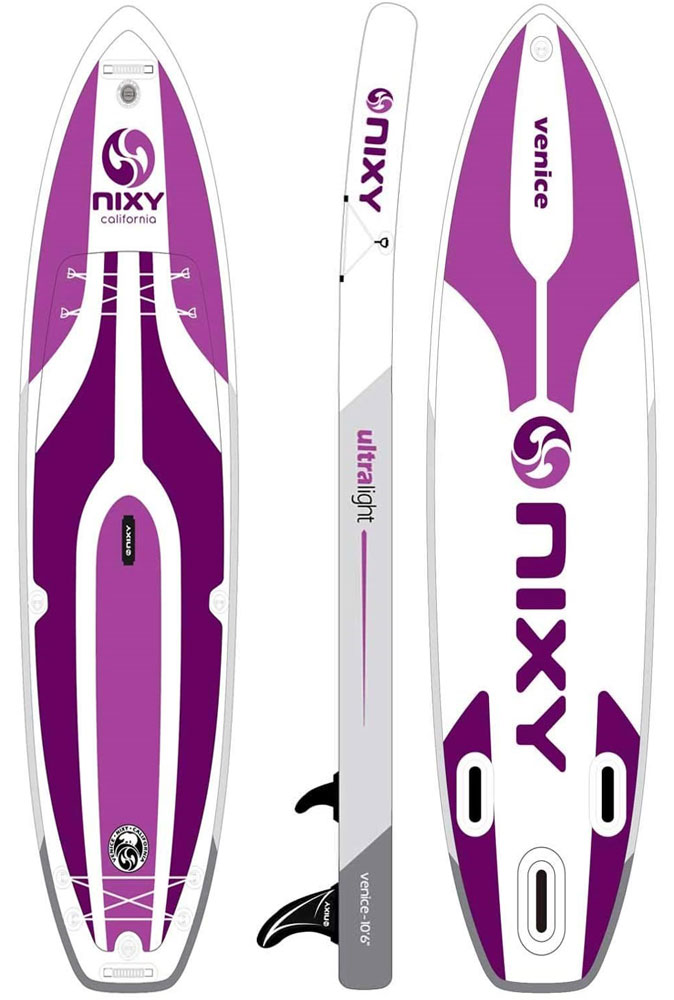 What we like: Of all of the boards in the yoga category, this is the widest, meaning that it has the most amount of deck space to work on and that it’s super stable. Also, just like the iRocker, not only does it have 3 fins, but those fins are all removable and don’t require any tools.

What we don’t like: There’s more to the similarities to the iRocker than just the fins. For instance, a portion of the large deck space is covered in bungee storage, so you have less area to work in. Another issue we have is with

Final Score: At first this is was heavily in the iRocker Cruiser’s favor because as an iSUP, it has a lot more going for it. But after remembering that the yoga aspect, it gets a bit more tricky since the Scout is clearly superior here, with significantly more deck space. However, since these aren’t specially yoga boards, we’ll have to give it to the iRocker Cruiser if for no other reason than it as more D-rings than the Nixy. Otherwise, they would be a tie. 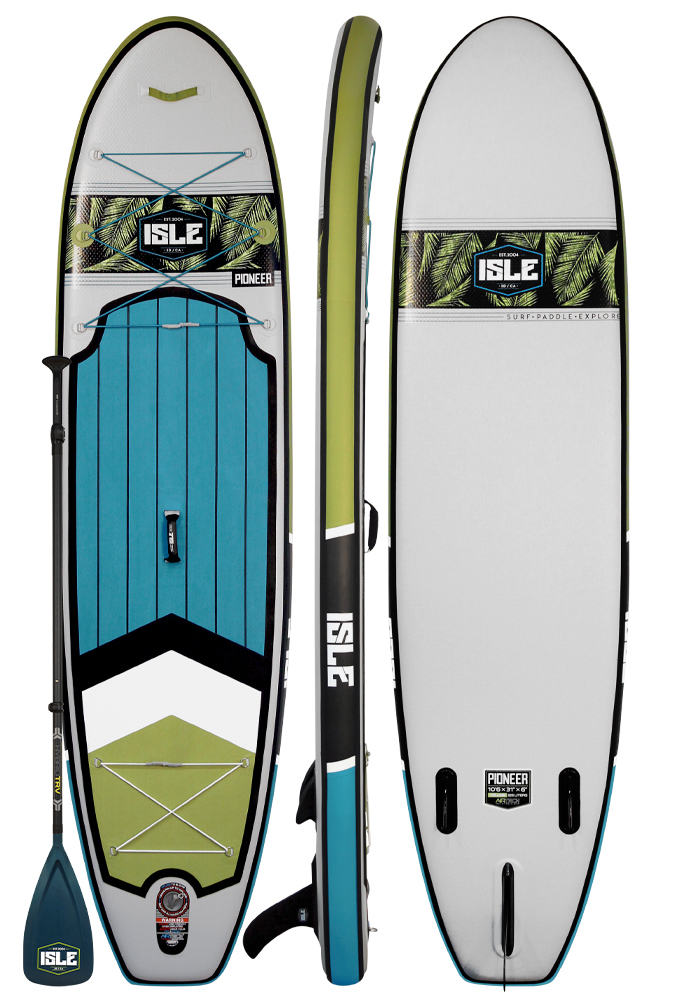 What we like: Even thought this is a performance board, it can still be used in a variety of conditions. The rounded front and high entry rocker really give you the ability to move in rougher waters and still maintain your balance. Also, it’s has a good deal of storage space so that you can take more gear with you.
Since this board lends itself to longer trips, the fact that it’s so comfortable is a major plus for us. Even though it’s a little thin, the extra padding on the deck pad makes standing or sitting for long periods of time much more bearable.

Things We Don’t Like: Honestly, a 10’6” iSUP is too short for a performance board. Actually, it might be too short for taller or heavier riders in general. While you’ll get some great maneuverability from that length, you’ll end up paying in the speed and stability department. 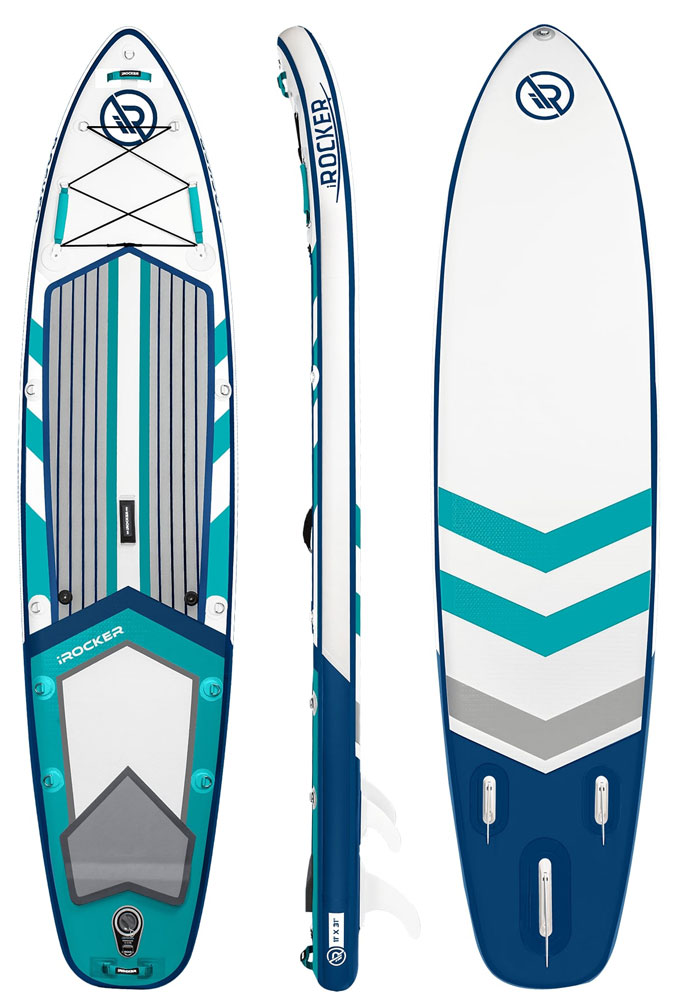 What We Like: This is a fast board and you can tell that it’s made for speed. The V-shaped nose and long thin outline means this board can cut through flat water more than most iSUPs. Add to that the great features of the iRocker 2020 lineup such as 20 D-rings and action mounts plus their premium accessories and you got yourself an incredible board.

What We Don’t Like: While it’s true that this board is very fast and sleek, it doesn’t turn all that well. For a performance board, we want to see something that can do a bit more than just move forward well. The high front rocker helps as does the thruster fin setup, but the front is its own best friend and worst enemy. 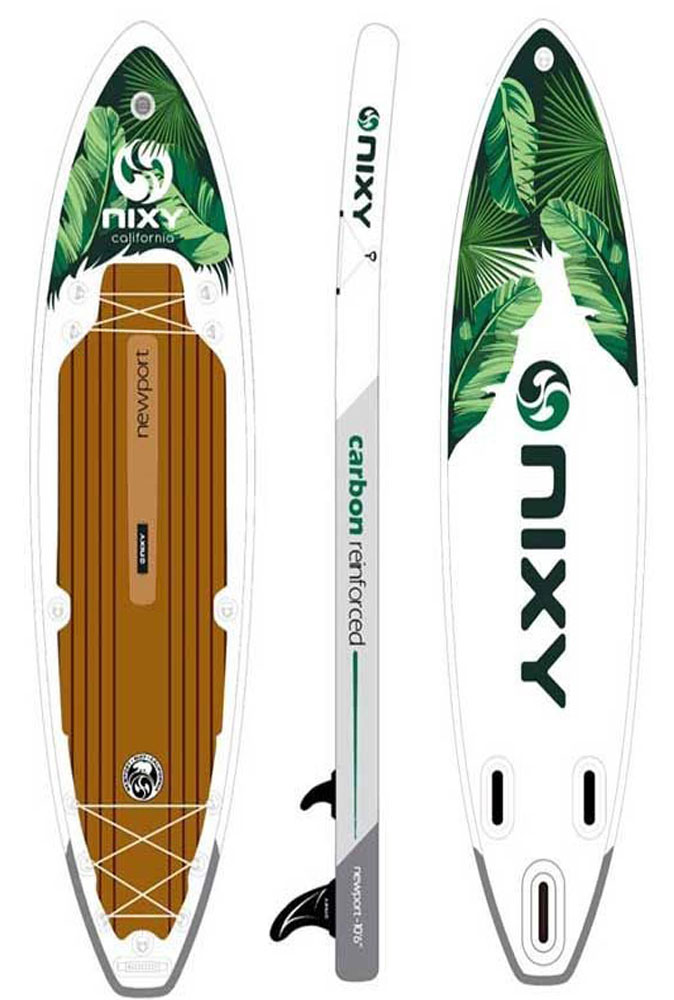 What we like: Of all the boards here, this is the widest which means that it’s going to end up being more stable. Also, if you’re looking for maneuverability, this is going to be the clear winner amongst these three.

What we don’t like: That extra stability comes at a cost of speed. There’s a lot of drag on this iSUP which ends ups spelling slowdowns. While this does great close to shore and in choppier waters, there’s no competition when it comes to speed.

Final Score: We’re going to have to leave this one in a tie. While the iRocker is better at what it’s designed to do, the ISLE board is more than just a one-trick pony and can be used in a variety of water conditions and activities. With that being said, they both come out about neck and neck. 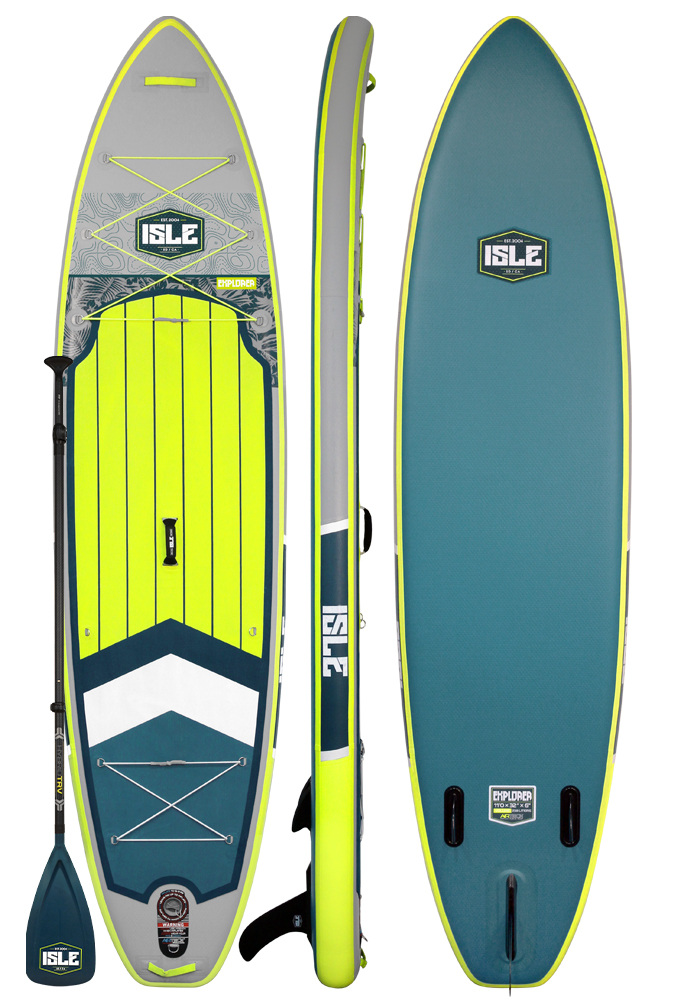 What We Like: As a general rule, we’re fans of longer boards, especially when you expect to be on them for long periods of time. With touring boards, that’s a given. Also, despite having a lot of room for you and your gear, it’s still very lightweight, so even if you’re out paddling for hours or even days on end, you won’t get exhausted from having to move a heavy board.

What We Don’t Like: Even though we know that ISLE is being conservative with their numbers, their weight limits also seem to be so low. It might be the type of construction that they use to keep their weight down, but it seems that they tend to limit the type of customer or activities because they can’t carry that much on deck. 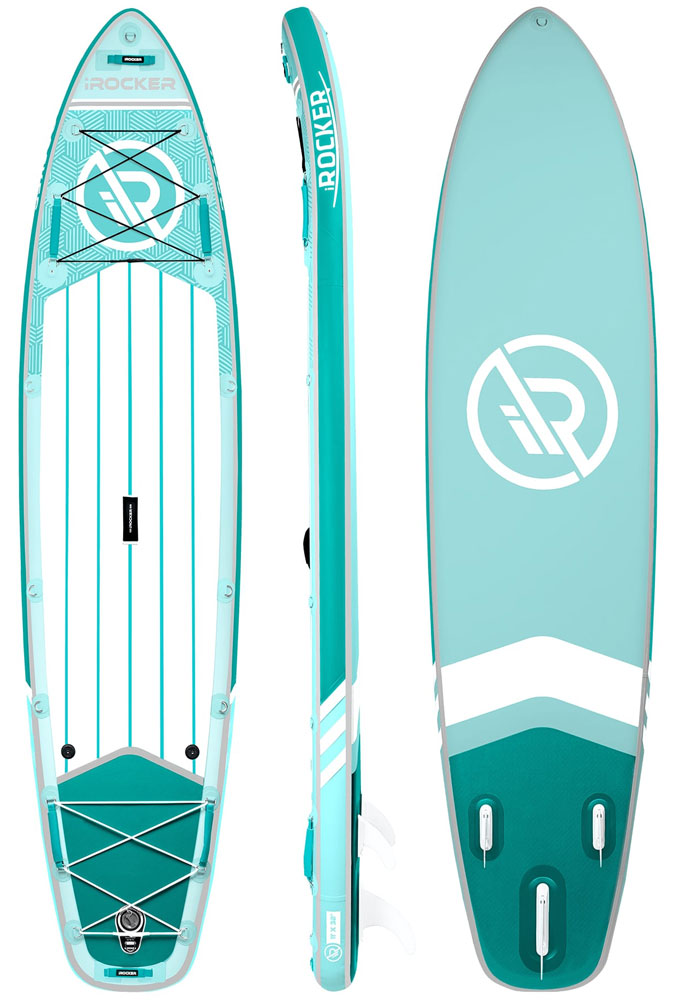 What We Like: This is such a beautifully balanced iSUP in so many ways. The dimensions are exactly where we’d want to see them and the weight capacity lets you be able to be bring a 2 full-sized adult riders or multiple smaller riders. And just like the other 2 models, we have all those D-rings, action mounts and generous storage space.

What We Don’t Like: Quite honestly, there’s very little we don’t like here. If we were to nitpick, we guess we’d have to go with the weight. After all, it is a full 5 lbs heavier than the ISLE board. 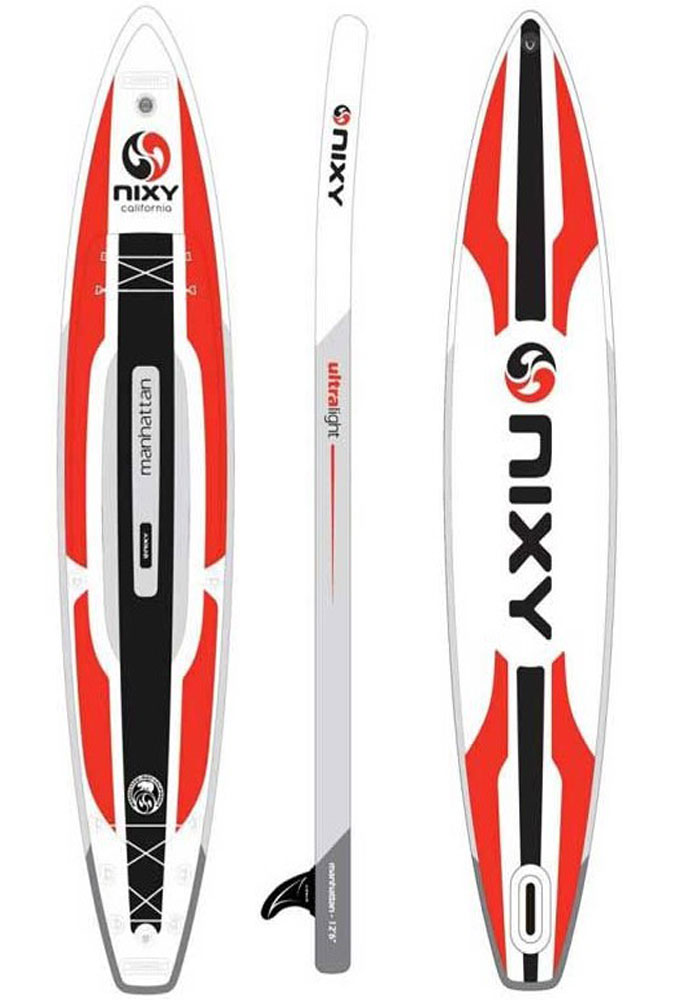 What we like: In our opinion, this is more performance than touring but we’re going with the brand’s own classification. Of these 3, the Manahattan is easily the fastest due to its sleek profile and low weight. If you want to get farther faster, this is your best option in his group.

What we don’t like: Man, this is one of the thinnest touring boards out there. We’re not sure if we would want to be on a 30” board for hours or even days at a time. Also, if you’re not already familiar with how to balance yourself on a standard sized board, this might be a big challenge.

Final Score: You might be wondering why we chose these 3 boards to compare considering that they different types of iSUPs. Well, besides having similar dimensions, they’re also the most popular models in their respective lineups. Since most people only own a single board, that means that they would be using either one would be their only SUP. With that in mind, we’d have to say that we’re going with the iRocker, hands down. While we still love the Explorer and would recommend our readers seriously consider it, it can’t be the overall utility of the iRocker All-Around.

While we both love ISLE products and respect their place in iSUP history, they’re really starting to get beat at their own game by iRocker. ISLE practically invented many of the categories that we see in today’s market, they are becoming more and more slow and innovating.

Nixy is an interesting contender because although it never won any of these head to head competitions, we would say that always came in second. If we were to describe their performance in one statement, it would be “Second Best.” Nixy has a lot of great features we loved in the iRocker brand but just not quite at the same level.

iRocker, on the other hand, is hungry and it shows. Instead of resting on their laurels for previously celebrated models, they are consistently looking for ways to improve. Taking ideas from some brands and inventing a few of their own, they never cease to surprise and impress us. 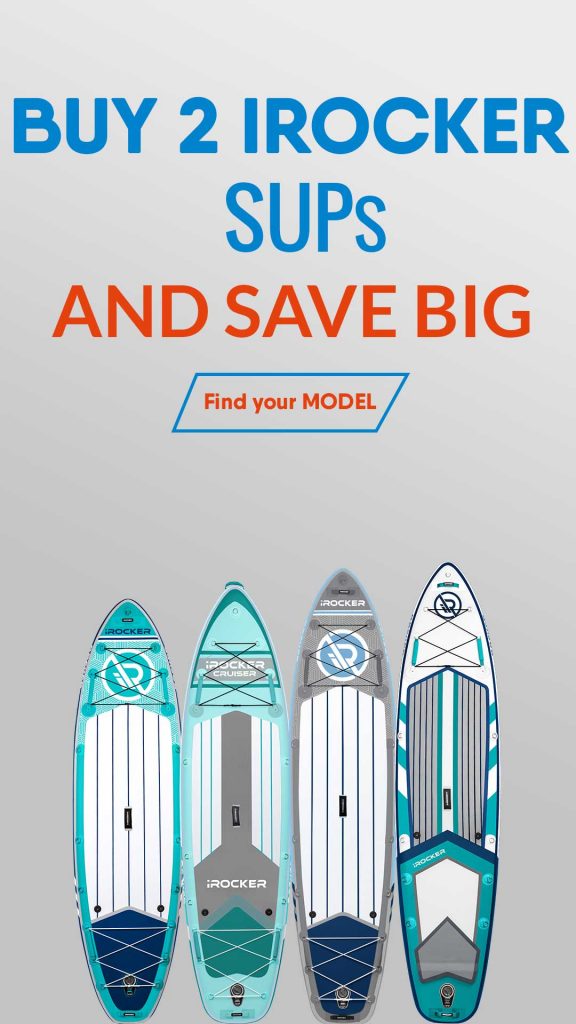 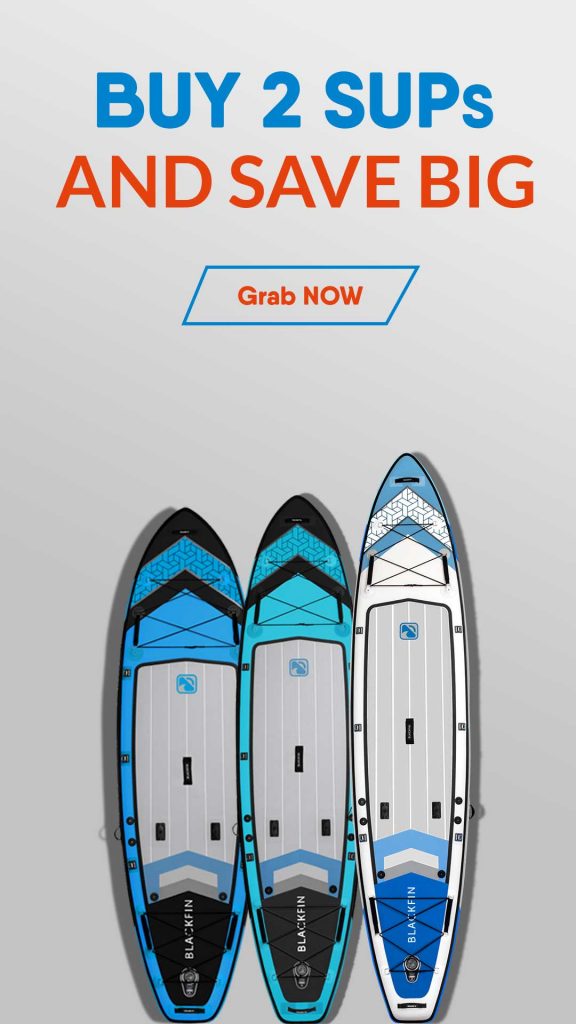